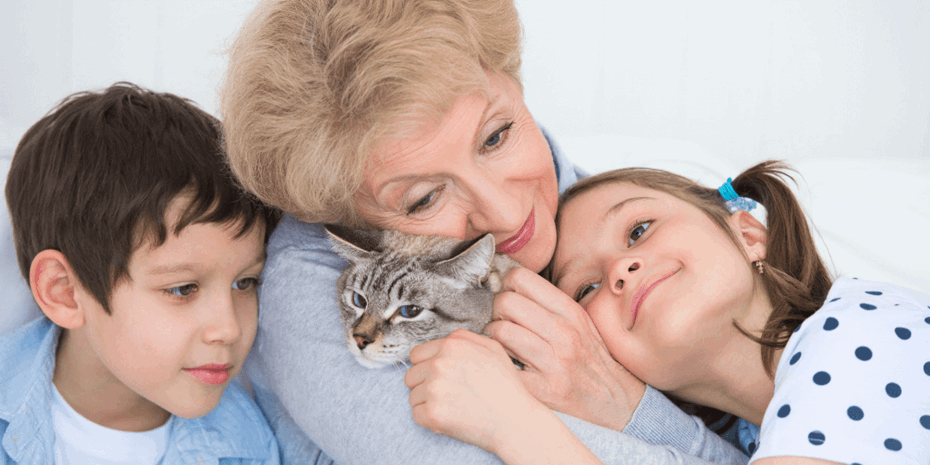 Everyone feels overwhelmed, under pressure, or stressed out from time to time.

While these feelings can be more frequent for some, research suggests they’re often more manageable among people with pets.

In a study from the Centres for Disease Control and Prevention, it was found that children with pet dogs were less likely to test positive on a screening test for anxiety.

It makes perfect sense when you think about it. Dogs are always down to cuddle – and they’re wonderful distractions that don’t talk back.

Companies like Amazon and Google don’t just have the occasional ‘Take Your Dog To Work Day’ – they’re pet-friendly every day. And guess what – the notion that animals can help combat chronic stress among employees actually works.

Similarly, dogs helped mellow out a group of university students, who reported decreased stress, increased happiness, and higher energy as much as 10 hours after their cuddle sessions.

Being around animals sparks the release of calming chemicals in the body, helping us feel a lot more chill. These powers aren’t just privy to dogs – studies on the presence of cats also found a reduction in stress, resulting in a lower risk of stroke and cardiovascular disease.

And on that note…

2. Pets are good for your heart It’s easy to grasp why pets – particularly dogs – are good for our physical wellbeing.

According to the American Heart Association, owning a dog reduces the risk of cardiovascular disease. There’s no black and white reason why, but there’s a good chance it’s due to all the exercise and attention that dogs need.

A 2017 Swedish study followed the health records of millions of over 40s for more than a decade, finding that dog owner who lived alone had a 36% lower risk of cardiovascular disease than those who lived alone without a pet.

Another study indicated that seniors who walked their dogs had a lower body mass index than those who weren’t mobile or didn’t have a dog, and also visited their doctor less.

Without a dog, it’s easy to forget to find 30 minutes of physical activity each day. But with an overly eager pooch basically begging you to get outside, it’s a whole lot easier to meet your daily activity requirements. And not to mention, embracing nature has plenty of well-being benefits in itself.

Of course for some seniors, walking a dog every day may not be possible, but there are still plenty of physical benefits of playing with pets at home. 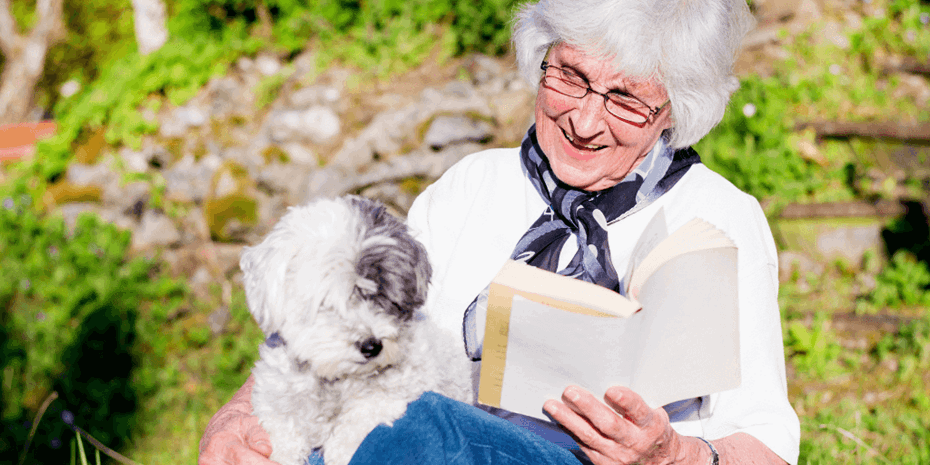 Pets are the perfect sidekick. They’re consistent in a world where nothing else is, offering comfort and companionship through thick and thin.

While animals make most of us smile, there are plenty of studies to confirm that they actually do help reduce symptoms of depression and improve emotional wellbeing.

In a recent study, it was found that interactions with animals increased levels of oxytocin, a hormone associated with positive, happy feelings. For those that own a pet, these feelings are even more amplified.

For older adults, in particular, loneliness is a major risk factor for poor mental health. In a 10 week study that looked at the benefits of animal-assisted therapy in nursing homes, residents showed fewer symptoms of depression after a 2-hour interaction with animals including dogs, cats, and rabbits. While there are plenty of physical benefits of taking your pooch for a stroll, the social benefits are worth wagging your tail about too.

A group of over 50s who frequently walked their dogs reported a stronger sense of community because of their canine companions.

A dog fervently sniffing another dog at the park naturally progresses into friendly banter between owners. Similar to the baby effect, it’s a lot easier to strike up a random conversation when someone has a cute puppy in tow.

Another study suggests that people in wheelchairs had more positive interactions with a service dog than without one. More smiles and conversations were recorded whenever the dog was around, showing that the benefits of service dogs go far beyond practical tasks.